The following characters have been removed: General Gengus Khan Schmitz The Following songs have been cut: "The Circus McGurkus," "Green Eggs and Ham II," "The Whos' Christmas Pageant," "A Message from the Front/Solla Sollew - Reprise," "Havin' a Hunch"

Learn how to hone your singing and acting skills and audition technique for musical theater, plays and even film!
This six week class will culminate in a 'mock audition' for a small panel of professional casting directors from NYC.  This is a special opportunity to be one on one with professional casting directors in the business, and gain valuable feedback that you can use immediately and for your future as an amazing performer.
You will be working on one song, and a one-minute monologue which you will perform for the casting directors during the last class.
Tuesdays from 4:00 - 5:30PM at The Presbyterian Church of Upper Montclair. 53 Norwood Avenue. Upper Montclair.
March 17th, March 24th, March 31st, April 7th, April 21st and April 28th (this last date will be the casting director panel)
NOTE: If  minimum enrollment numbers are not met, the program may be canceled.
**Please bring for the first class a 16-32 cut of a musical theater song and a one minute monologue that shows you off the best and fits your casting age and type.
**Please keep in mind that this program is for educational and professional development purposes. Participating in any class or event is not a promise of casting or employment**
Click Here to REGISTER!

The following characters have been removed: General Gengus Khan Schmitz The Following songs have been cut: "The Circus McGurkus," "Green Eggs and Ham II," "The Whos' Christmas Pageant," "A Message from the Front/Solla Sollew - Reprise," "Havin' a Hunch"

Horton the Elephant, the Cat in the Hat and all of your favorite Dr. Seuss characters spring to life onstage in Seussical JR., a fantastical musical extravaganza from Tony-winners, Lynn Ahrens and Stephen Flaherty.

Transporting audiences from the Jungle of Nool to the Circus McGurkus, the Cat in the Hat narrates the story of Horton the Elephant, who discovers a speck of dust containing tiny people called the Whos. Horton must protect the Whos from a world of naysayers and dangers, and he must also guard an abandoned egg that's been left in his care by the irresponsible Mayzie La Bird.  Although Horton faces ridicule, danger and a trial, the intrepid Gertrude McFuzz never loses faith in him.  Ultimately, the powers of friendship, loyalty, family and community are challenged and emerge triumphant! 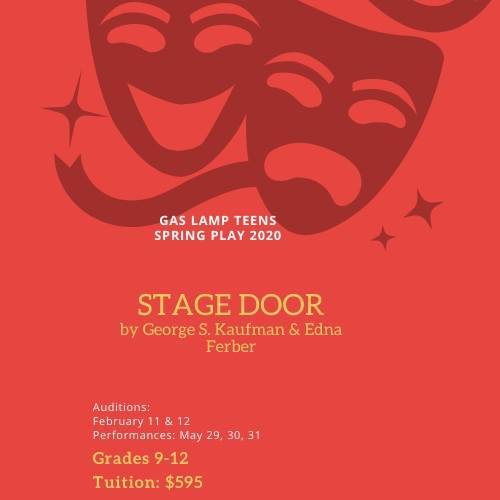 During the Depression, the Footlights Club in the west Fifties provides an affordable respite and community for the bevy of struggling stage actresses who reside there. They are an amusing and varied lot. The main story concerns Terry Randall, a headstrong and witty girl from the Midwest who is determined to become a leading actress on the Great White Way. While pursuing her career, she becomes involved with two completely different beaux: the left-wing arrogant playwright Keith Burgess, who eventually goes Hollywood as a screenwriter, and David Kingsley, a well-groomed elegant film producer who decides to return to Broadway. Among her co-residents at the Footlights Club are Jean Maitland, who lands the Holy Grail—a seven-year film contract; Kaye Hamilton, whose lack of stage success leads to suicide; Pat Devine, a nightclub dancer; and Linda Shaw, a society girl who shocks her mother by having an affair with a wealthy married man. Despite the vicissitudes of the theater trade, Terry sticks to her guns and wins both the leading role in a Broadway play and the affections and respect of the man she loves.

TEEN CABARET: AN EVENING OF SONGS The enchanting modern classic from Disney is ready for your Broadway Junior stars! Frozen JR. is based on the 2018 Broadway musical, and brings Elsa, Anna, and the magical land of Arendelle to life, onstage. The show features all of the memorable songs from the animated film, with music and lyrics by Kristen Anderson-Lopez and Robert Lopez, plus five new songs written for the Broadway production.

A story of true love and acceptance between sisters, Frozen JR. expands upon the emotional relationship and journey between Princesses Anna and Elsa. When faced with danger, the two discover their hidden potential and the powerful bond of sisterhood. With a cast of beloved characters and loaded with magic, adventure, and plenty of humor, Frozen JR. is sure to thaw even the coldest heart!

Junior camp begins on June 29th and operates Monday through Friday for three weeks (9:30am-2:30pm). There will be two performances - July 17th at 7pm and July 18th at 1pm. Camp tuition is $850 and includes a camp themed t-shirt and two tickets to be used for either performance. 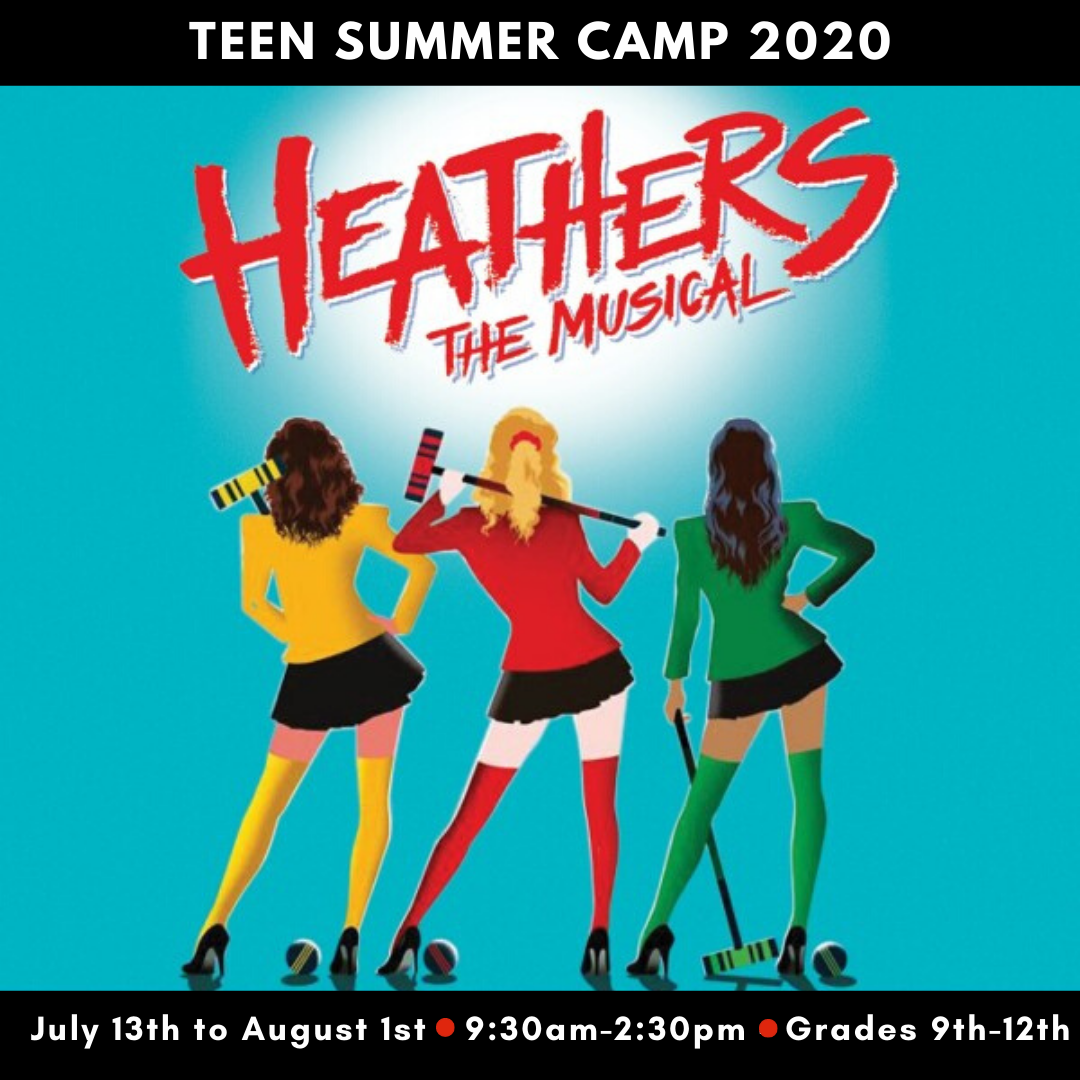 Heathers The Musical is the darkly delicious story of Veronica Sawyer, a brainy, beautiful teenage misfit who hustles her way into the most powerful and ruthless clique at Westerberg High: the Heathers. But before she can get comfortable atop the high school food chain, Veronica falls in love with the dangerously sexy new kid J.D. When Heather Chandler, the Almighty, kicks her out of the group, Veronica decides to bite the bullet and kiss Heather’s aerobicized ass...but J.D. has another plan for that bullet. Brought to you by the award-winning creative team of Kevin Murphy (Reefer Madness, “Desperate Housewives”), Laurence O’Keefe (Bat Boy, Legally Blonde) and Andy Fickman (Reefer Madness, She’s the Man). Heathers The Musical is a hilarious, heartfelt, and homicidal new show based on the greatest teen comedy of all time. With its moving love story, laugh-out-loud comedy, and unflinching look at the joys and anguish of high school.

Teen camp begins on July 13th and operates Monday through Friday for three weeks (9:30am-2:30pm). There will be two performances - July 31st at 7pm and August 1st at 1pm. Camp tuition is $850 and includes a camp themed t-shirt and two tickets to be used for either performance.